Any one who works with react must have worked with react-router. React router is one of the most used router in react community. It allows us to write Routes in nested forms. Routes are nothing but React components. Nested Routes have advantages when we want to show sub parts of pages based on conditions. Nested routes also cause less remounts as only the content for the nested route will mount again.

Bit of why we need nested routes

Let’s say we have a route system like this: 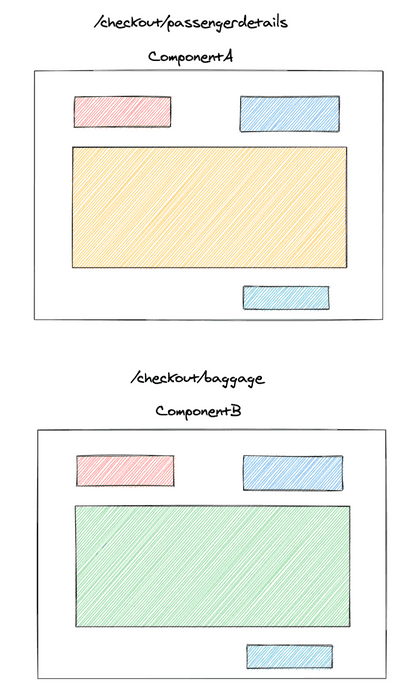 Now if we don’t have nested routes, the whole ComponentA will unmount and ComponentB will mount.

Well, it’s how much love you have for performance over ease of writing. I would definitely say this way of writing routes is easy and straight forward.

But what problems exists with this routing ?

This is the exact situation where nested routes can be a great boon.

we can prevent the unmount of entire page by writing routes like this:

In the example above notice , how CommonUI and Footer will not unmount when the route change happens.

That’s short gist of what can be achieved from nested routes.

One of the major challenge with nested routes is to handle Not found pages. Now as the routes are nested , there is no one place to keep the Not Found route. You have to place the not found route at the very end of nested routes.

See the diagram below to understand more. 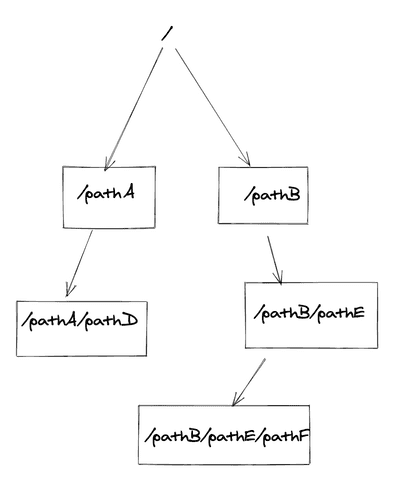 Now let’s suppose we hit urls which looks something like these: 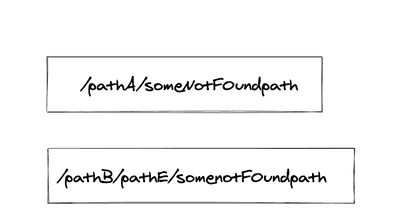 How would you handle these routes to show 404 custom screen as none of routes matched ?

You can add NotFound component the end of every branch in tree diagram. Below is the diagram showcasing that: 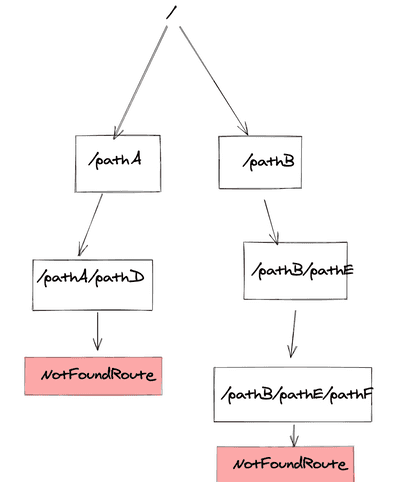 This solution will work but it is not the best possible due to one of the major drawback which is :

Any new branch of route you introduce, you will have to add Not found component at the very end always. So more surface area, there will be more chances of mistakes.

What can we do to fix this issue ? . Our goals are following:

We can do it if we can write a custom Custom Switch component, which add a Not found route automatically at the end of the every route branch. So instead of Switch component from react-router-dom we will be using CustomSwitch everywhere

And a Not found route at the top of all the routes in our application. Preferably where you are rendering your base route.

You can also make use of useRouteMatch in the component to check whether a Not found is rendered.

CustomSwitch will add the Notfound route at the end of very Switch block. No need to add NotFound routes manually. Whenever a Not found component is rendered, it will redirect to /notfoundpage due to logic that we have written in NotFound Component

Here is the codesandbox link for the example:

What if we have two CustomSwitch component at the same level. Then the first CustomSwitch may throw off you to notfound page. But this scenario , I haven’t ever faced while working on application. Just point it out here for the sake of clarity and unseeable gotchas.

That’s all for now. There are one corner case with the solution which i can think when i am writing the article.

Thanks and let me know in comments what you liked and what you didn’t like.